The three-day apex-level regional strategic dialogue of the Indian Navy, the “Indo-Pacific Regional Dialogue 2022” (IPRD-2022) began in New Delhi on Wednesday, 23 November 2022.  The IPRD is an annual international conference that seeks to foster exchange of ideas and promote deliberations on maritime issues relevant to the Indo-Pacific which, for India, stretches over a vast, predominantly maritime expanse from the eastern shore of Africa to the western shore of the Americas.

The inaugural session of the event kicked off with Admiral Karambir Singh (retd), the incumbent Chairman of the National Maritime Foundation, and former Chief of the Naval Staff, welcoming all present and highlighting the importance of the Indo-Pacific in the prevailing geopolitical scenario, focusing specially upon India’s maritime policy encapsulated by the acronym SAGAR (Security And Growth for All in the Region) and ythe first-order specificity provided to SAGAR by the Indo-Pacific Oceans Initiative (IPOI), which had been enunciated by the Honourable Prime Minister of India, Shri Narendra Modi, on 14 November 2019 when he addressed the 14th East Asia Summit in Bangkok.

In the Inaugural Address that followed, Admiral R Hari Kumar, Chief of the Naval Staff, outlined the Indian Navy’s outreach in terms of fostering maritime cooperation in the Indo-Pacific. He brought out numerous challenges that are not only unique to India, but also relevant to other nations in the Indo-Pacific region which broadly included – Imperatives at Home, Influences from Outside and some Intrusive Paradigms, and that these challenges would need collective approach by all stakeholders in the region to ensure safe, secure and stable Indo-Pacific. He explained that the Indian Navy saw itself as being deeply invested in the actualisation of each of the seven intricately connected spokes or pillars of the IPOI. Further, he reiterated the need to address three predominant and interlinked sectors – Security, Economy and Environment through the medium of IPOI.

Delivering the Keynote Address, Shri Ajay Bhatt, the Hon’ble Raksha Rajya Mantri, who is concurrently the Minister of State for Tourism, said that India is well prepared to address threats in the current and emerging maritime domain. He emphasised the need to build other aspects of India’s maritime capability, such as the merchant marine, ports, and the capability for sustainable management of the nation’s oceanic resources, in addition to bolstering military capabilities. He also laid particular stress upon rebuilding India’s maritime traditions and strengthening maritime orientation among the people of the country, reiterating the nation’s deep commitment to inclusivity and international cooperation in every field of human endeavour. The Hon’ble minister also released a book titled, “Hard-Security Perspectives in India’s Maritime Neighbourhood”, published by the National Maritime Foundation.

The inaugural session was followed by two thematic sessions on ‘Weaving the Fabric of Holistic Maritime Security in the Indo-Pacific: Multilateral Options’ and ‘Constructing Holistic-Security Bridges across the Western and Eastern Maritime Expanse of the Indo-Pacific’. In these sessions, globally renowned subject-matter experts presented a variety of multilateral and national perspectives on building maritime security cooperation that could best stitch the Indo-Pacific together.

The IPRD-2022, is organised by the National Maritime Foundation (NMF), New Delhi, as the Indian Navy’s knowledge partner, and is being attended by over 800 participants, including delegates from friendly foreign countries and international organisations. Established in 2005, the NMF is the nation’s sole maritime think-tank that concentrates upon the entire gamut of activities relevant to India’s maritime interests and has gained significant international traction for conduct of independent, original, and policy-relevant research on all ‘matters maritime’. 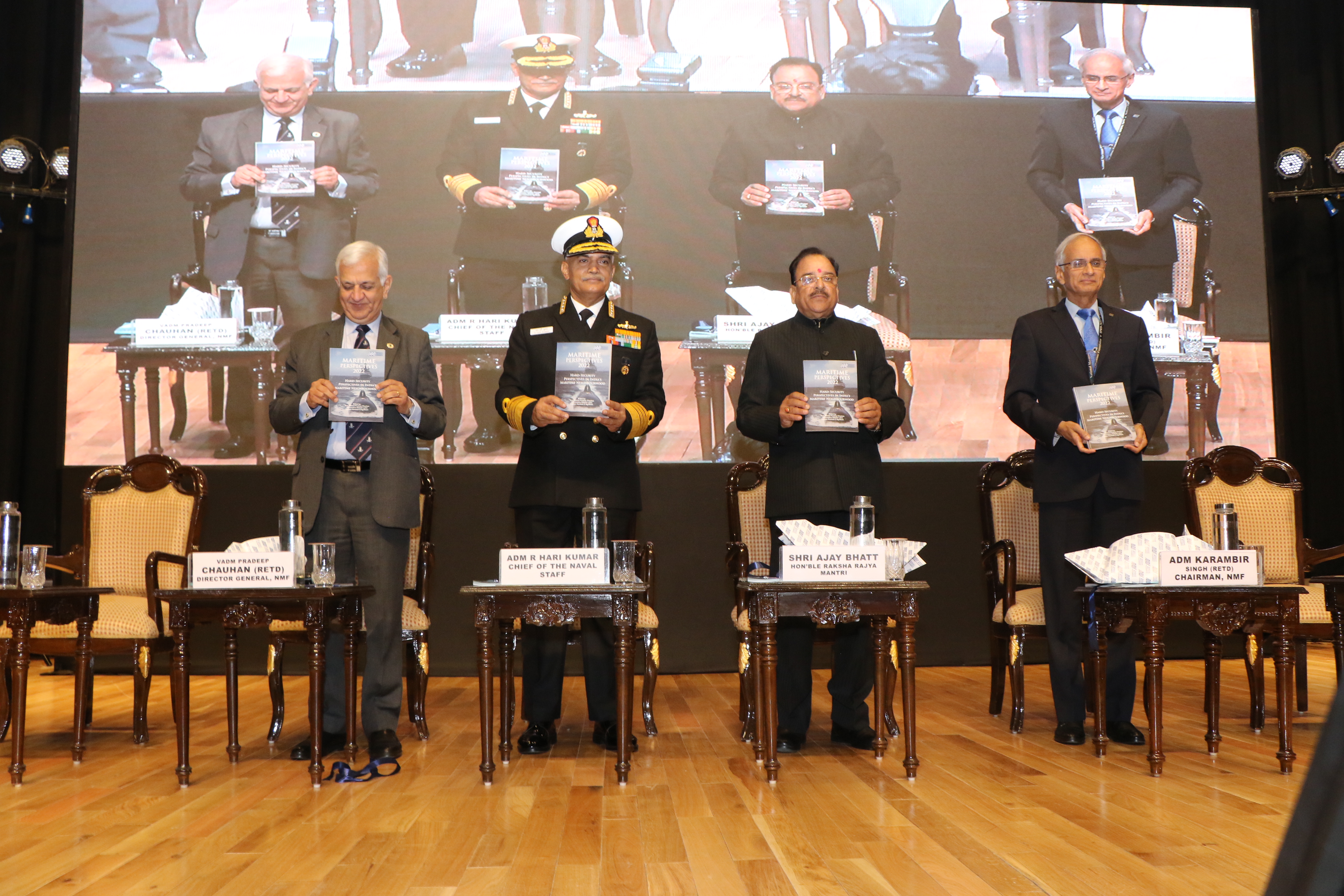