Ministry of Culture and Department of Science and Technology, Government of Maharashtra, along with National Council of Science Museums and Vigyan Prasar jointly organized an exhibition, “A digital tribute to Father of the Nation”. This was to mark the culmination of the two years long sesquicentennial celebrations of Mahatma Gandhi’s birth anniversary, which started on 2nd October 2018. The event was initially scheduled for 2nd October 2020 and had been postponed due to COVID-19 Pandemic situation. Nehru Science Centre, Mumbai hosted the exhibition in Mumbai, today. 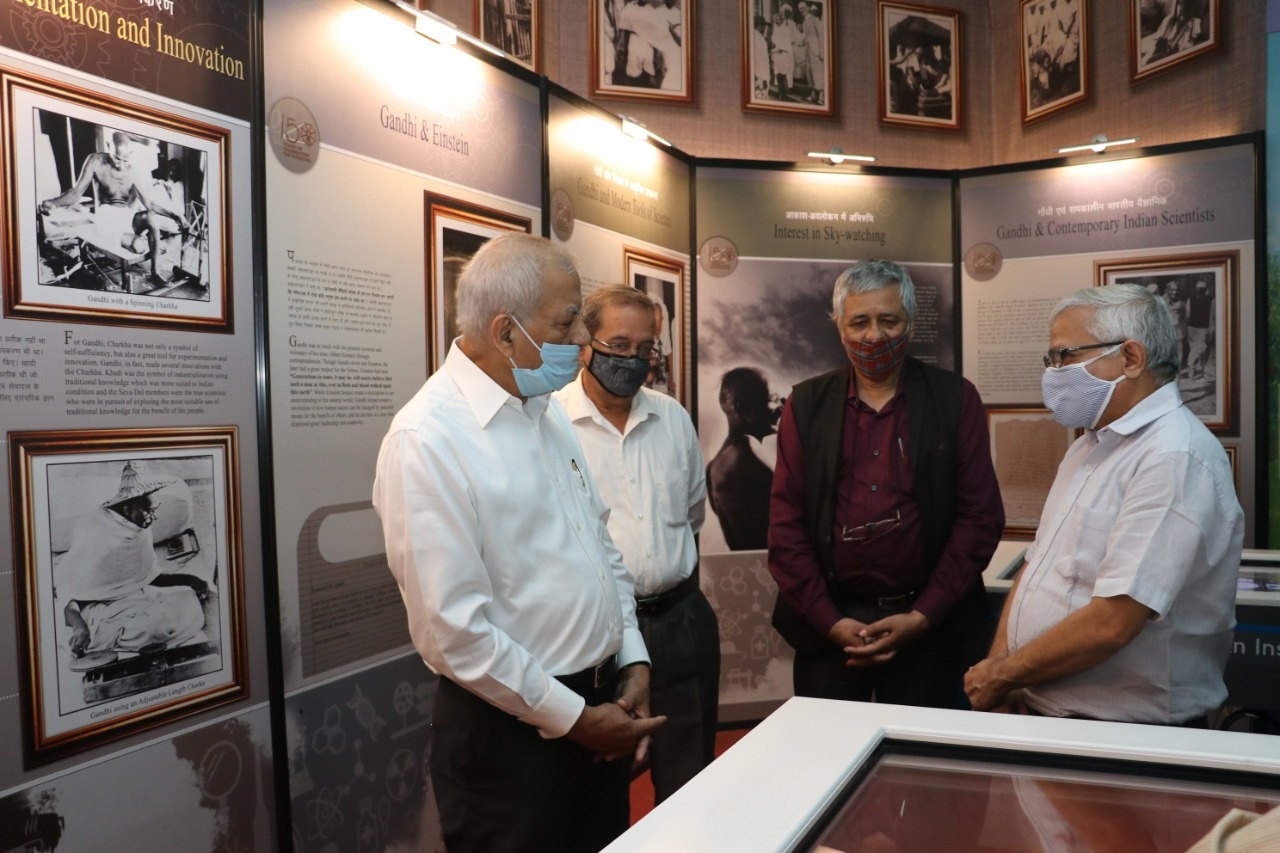 Speaking on the occasion Satish Sahney ji said that “the exhibition exemplifies the multifarious thoughts and ideals of Gandhi ji – truth, nonviolence, sustainability, simple living, etc., and these are presented in a very artistic manner using digital technology interfaces which rely extensively from the archives. The exhibition will definitely be very appealing to the digital generation era – the young children and I am certain that the students will benefit from this exhibition.” The exhibition also has very rare, images and documents, letters, newspaper clips, videos documentaries including heart touching images from the final journey of Mahtma. There are also series of videos on ‘Vaishnava Janathe’ a Bhajan which is inextricably linked to the Mahatma which has been developed by the Ministry of External Affairs, celebrating 150 years of Mahatma. Videos of the Bhajan being rendered by 150 countries is included in the exhibition. Ministry of Culture and the Department of Science and Technology, harvested the vast amount of digital content available with various institutions and joined hands to create this wonderful digital exhibition. The exhibition primarily draws its genesis from some of the most precious and rare archival information and data. In order to make the exhibition appeal to the young generation, it was decided to present this exhibition using digital technologies which use smart Interface for Multi-user Engagement, Smart Surface Technology, Virtual Holographic Display, Transparent Display to portray Gandhji’s visions, his life and his transformation from the lesser mortal Mohandas was to becoming the supreme leader Mahatma. The exhibition uses some of the rare archival material and presents story line like the freedom movement led by Mahatma Gandhiji, his chronicles, his travels, his Satyagraha and his thoughts etc in the most user friendly ways using the digital technology. The exhibition also highlights Gandhiji’s association with world leaders and speaks of those who influenced and inspired him and leaders who Gandhiji inspired.