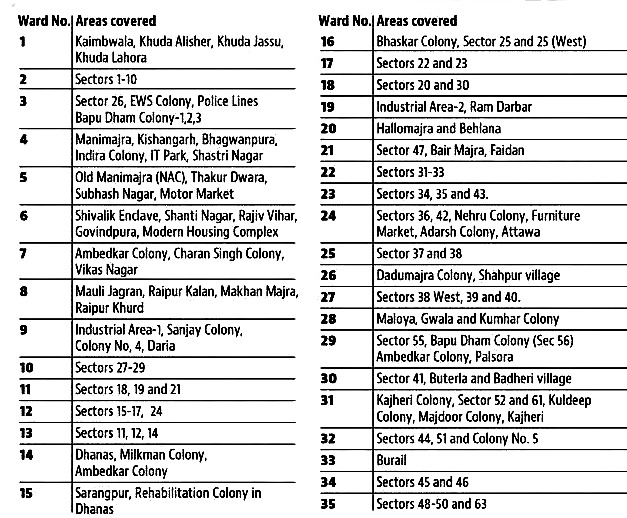 Result Update – AAP wins 10 seats, BJP seven, Congress five :- As per the trends available so far, the Aam Aadmi Party has won 10 seats while the BJP is a distant second seven seats. The Congress has bagged five seats.

Congress wins from Ward No 27 :- Two-time councillor and Congress candidate Gurbaz Rawat wins from Ward No. 27
Result Update: AAP wins 8 seats, BJP 6, Congress 2:- AAP has so far won eight out of the 35 seats while the BJP is a distant second with six seats in its kitty. The Congress has managed to win in two wards only.

AAP candidate Yogesh Dhingra won from Ward no. 25. This seat was crucial for BJP as it was BJP president Arun Sood’s ward.

AAP and Congress won two seats each while BJP won 1.

Congress ‘won’ from one seat

As per initial trends, AAP is leading on 3 seats while BJP and Congress are ahead on 1 seat each.