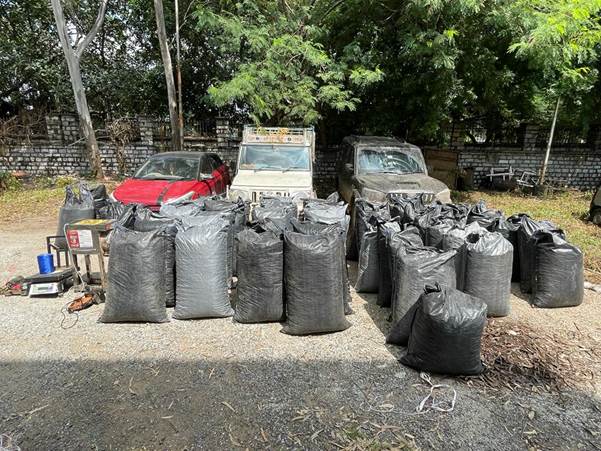 After receiving intelligence that a person of village Hathipura was involved in illicit smuggling and transportation of Poppy Straw and was having illicit Poppy Straw (Doda Chura) secreted at his residence & temporary Godown (Baada) constructed by Precast wall & Tin Shed in the outskirts of his village, a team of officers of CBN Neemuch was formed and dispatched in early hours of today and suspected house & temporary Godown (Baada) in village were searched.

During the operation one of the drug traffickers aimed on the preventive team with a loaded 12 BORE Gun, but CBN officers showing great courage and presence of mind, handled the situation carefully and tactfully and the person was subsequently detained. Additional reinforcements from the nearby police stations were also called to assist officers of CBN. 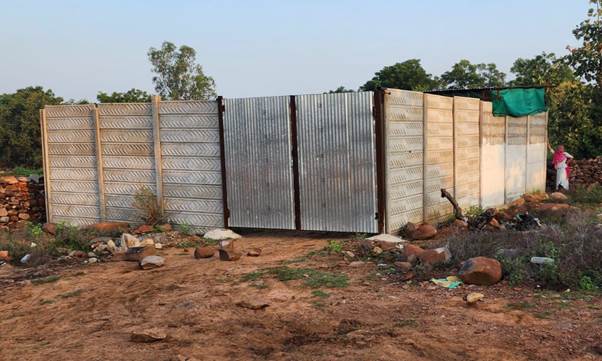 51 bags of Poppy Straw weighing 1083.150 kg along with 3 vehicles i.e., Mahindra Pickup, Mahindra Scorpio and Hyundai i20 have been seized and three persons have been arrested under relevant provisions of NDPS Act, 1985.

The recovered unlicensed 12 BORE Gun along with 23 live rounds & 2 empty cartridges & 38 live rounds and one empty cartridge of 7.65 mm will also be investigated under relevant provisions of Arms Act by the appropriate authority.

CBN carried out this operation in assistance with the MP Police.