Union Minister of Commerce and Industry, Consumer Affairs, Food and Public Distribution and Textiles, Shri Piyush Goyal today asked the Quality Council of India (QCI) to strive to bring about convergence of all the various quality and standards organizations in the country so that they may work in tandem towards building a world-class quality system in India and make quality a national mission. He was addressing the gathering at the Silver Jubilee Celebration of QCI in New Delhi today. With the motto ‘Gunnwatta se Atmanirbharta’, the event commemorated the efforts made by QCI in its pursuit of delivering quality of services, products, and lives.

“Convergence will also help us scale up absorption of quality standards, help us take the national quality mission to every citizen and every business in the country so that the business environment, the investment environment that we have been able to create in the country can grow from strength to strength and help India become a developed nation by 2047”, Shri Goyal said. He also urged QCI to help align India with international quality standards.

Shri Goyal emphasized that quality will define brand India in the time to come. He observed that quality never comes at a cost but saved costs and improved productivity. He urged the citizens of the nation to imbibe the determination to do everything they do in a better, more efficient, more cost effective, more useful and more measurable manner. “The culture of quality has to be ingrained in the nation if it is to become a developed country by 2047. This idea of quality can truly transform this country faster than anything else”, the Minister added.

The Minister spoke of the Panch Pran articulated by Prime Minister Shri Narendra Modi as India celebrated 75 years of independence and said that PM Modi wanted India to change its mindset, remove the historical baggage of colonialism, become more confident, more self-reliant and bolder in our ambitions to plan for India being a developed nation by 2047.

The Minister said that PM wanted India to be proud of its history, culture, heritage and traditions which held a lot of lessons capable of helping India progress as a society. He said that we must be very proud of the thread of unity that binds us amidst great diversity. He asked that we perform our duties towards fellow citizens and the nation with ‘kartavya bhavna’. The Minister highlighted that commitment to quality was a virtue that would transcend every single one of the Panch Pran, a virtue that would help us achieve all the five vows faster and smarter.

He applauded QCI for bringing quality consciousness into the entire coal ecosystem and said that this initiative of QCI has been in the spirit of national service because it transformed the way coal industry perceived quality. He opined that prior to 2014, there was significant gap in the price paid and the quality of coal received due to lack of adherence to quality standards. He noted that once QCI stepped in and started undertaking initiatives like third party sampling of coal, there was transformative improvement in quality in the sector.

Shri Goyal noted that Food Corporation of India’s (FCI) commitment to quality had resulted in better quality food grains reaching consumers who were mostly underprivileged. Shri Goyal also highlighted that the process of distribution of these food grains was now completely technology enabled using biometrics and said that under One Nation One Ration Card (ONORC), beneficiaries could pick up their food from anywhere in the nation. “The entitlement is transparent, the delivery is transparent and all of this happens through a quality-assured process”, Shri Goyal said.

The Minister also applauded the role played by QCI in the One District One Product (ODOP) initiative   to encourage products from remote areas to find markets in India and abroad. He said that QCI was helping the Commerce Ministry introduce the concept of quality in remote parts of the country so that products from these areas also become acceptable in Indian and international markets. He added that QCI had also contributed significantly in the GI tagging initiative and in completing the Swacch Surveykshan. Shri Goyal also appreciated the QCI for helping bring quality consciousness at storage points in various warehouses of FCI, the Central Warehousing Corporation (CWC) and different states.

Shri Goyal pointed out that QCI had played a leadership role in the initiative of the Open Network for Digital Commerce (ONDC). “ONDC will help us save mom and pop stores, save millions of jobs and democratize e-Commerce so that the entire ecosystem gets a chance to engage with modern technology of e-Commerce and become stakeholders of a vibrant future India which cares for every section of the industry, big or small and focuses deeply on customer satisfaction”, he said.

Quoting PM Modi, the Minister said that it was time that the nation adopted ‘zero-defect and zero-affect’ policy. He said that a quality orientation can also help us significantly when we are looking at a sustainable future for the country.

While urging QCI to not merely rest on its laurels, the Minister said that the 25th anniversary must re-kindle a new spirit, a new excitement and open up new opportunities, new thinking and aspirations to scale all programs to make them national in character, helping us make quality a part of our day to day life.

Shri Anurag Jain, Secretary, DPIIT, shared his views about India’s journey towards quality and productivity and QCI’s significant role in it at the event. Shri Jain recognized QCI’s contributions in setting up standard operating procedures which have helped in the transformation of processes of the Food Corporation of India (FCI), including live surveillance systems piloted by QCI for monitoring food grains through a tech-enabled approach that has helped bring in greater transparency in public service delivery. He also lauded QCI’s initiative in helping DPIIT incubate the ONDC in a mission mode at QCI. The revolutionary initiative of ONDC has the potential to disrupt e-commerce like UPI did for the payments ecosystem in India. The project shall serve as a game-changer for small retailers, he observed.

Speaking of the journey that QCI had set upon with the goal of enabling quality of life for India’s billion-plus citizens, Shri Adil Zainulbhai listed some of the key achievements of QCI including measuring the number of toilets built under the Swachh Bharat Mission, the quality of electricity delivered in villages, houses constructed under PM Awas Yojana, gas cylinders delivery under Ujjwala yojana, and the survey of Swachh Bharat for both urban and rural India.

Renowned musician Sukhwinder Singh composed a special anthem for the occasion that celebrates the positive change brought into people’s lives via multiple avenues. A coffee table book and the 7th Edition of QCI DL Shah Quality Best Practices Book were also launched at the event, highlighting India’s progress towards development, its efforts to improve the lives of billions of Indians and QCI’s contribution towards the goal. 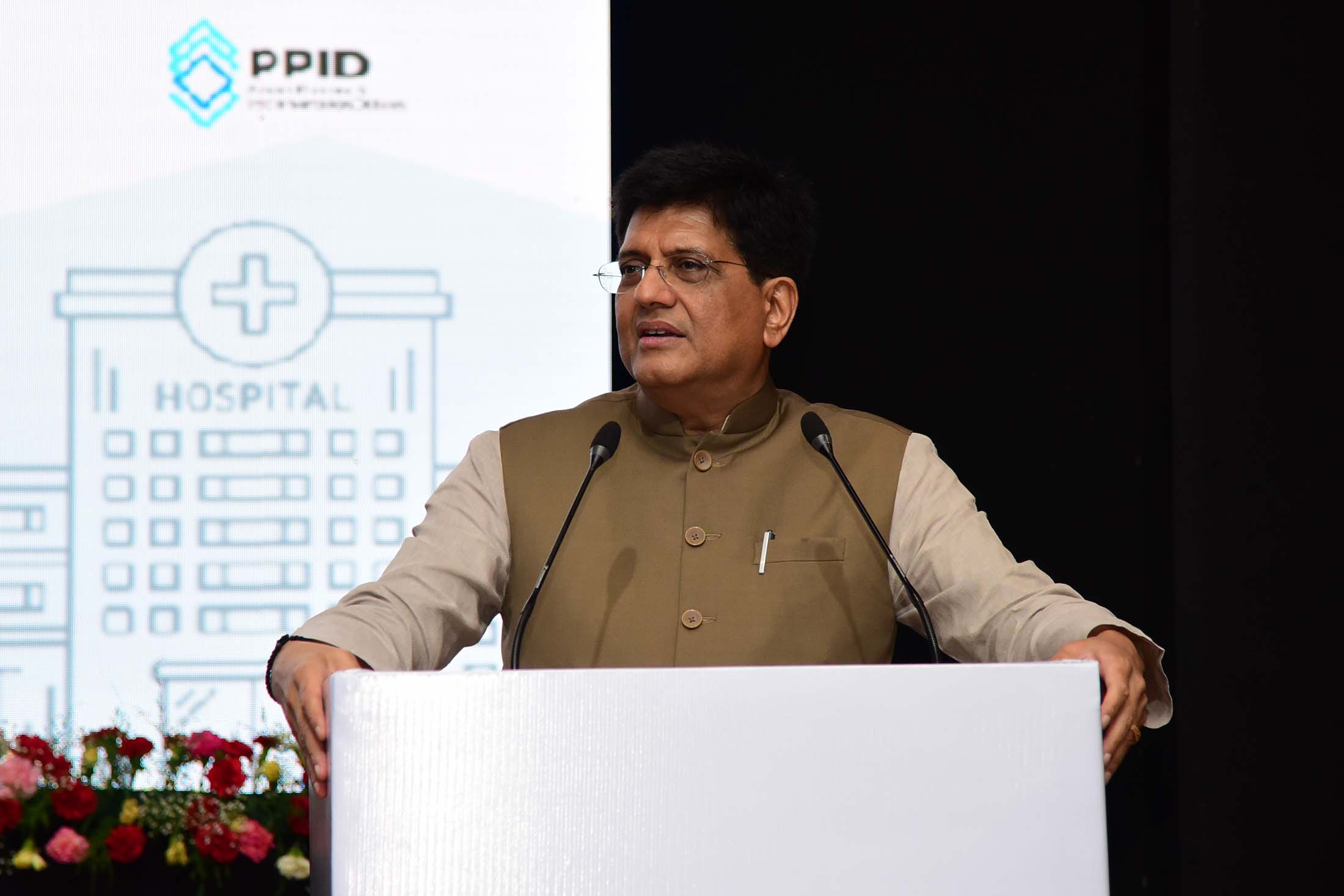 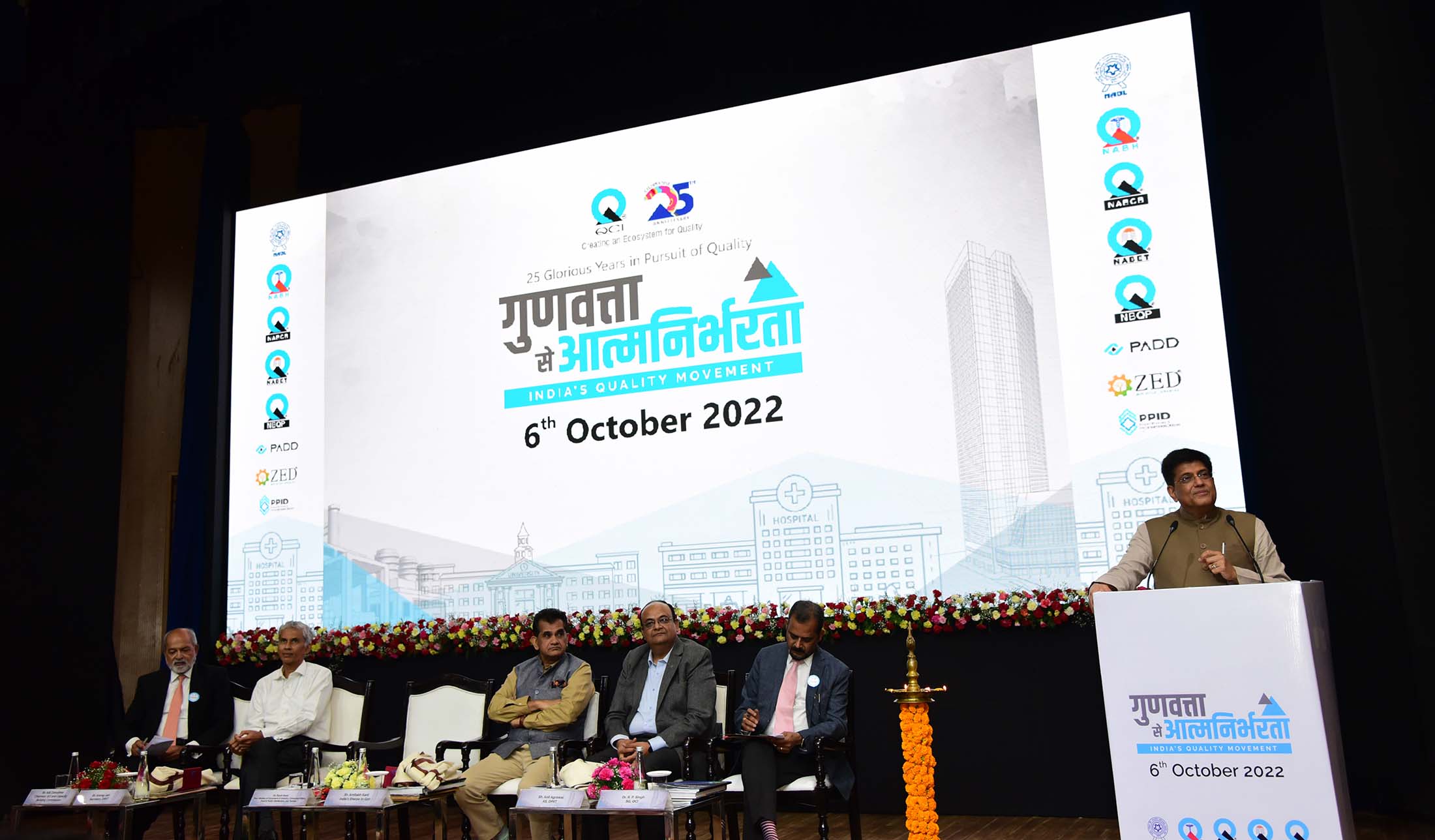